We know this guy called Tom who’s really good at blogging. He’s a guest blogger for WooThemes and recently launched a free online course called Beginner Blogging to get people set up for success with WordPress. We chatted to him to find out if it’s true that anyone can blog. 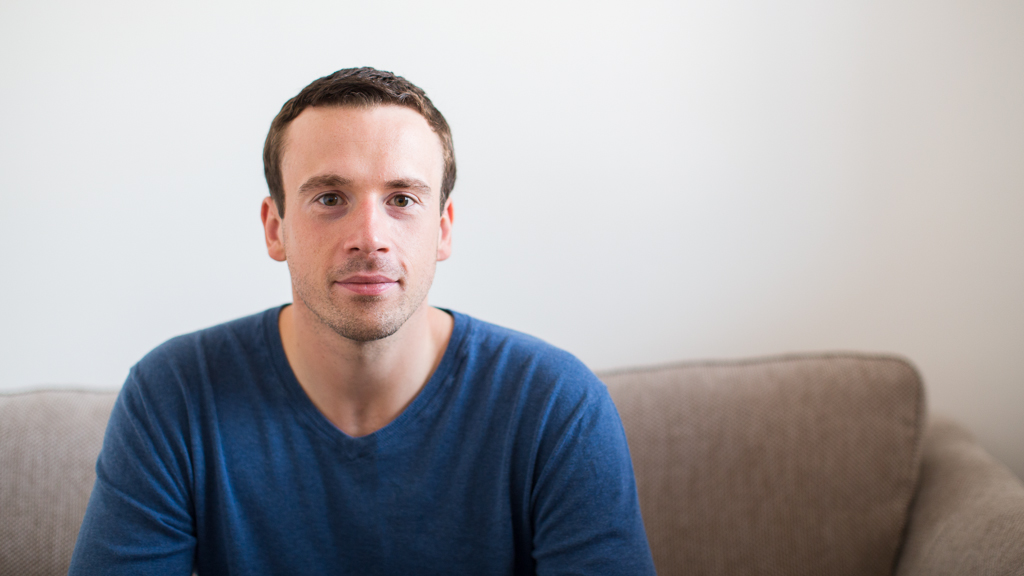 When and how did you make your debut in the world of blogging?

Back in 2011. At that point I had barely even read a blog, let alone created my own! But I was determined to quit my job and build a successful business, and I (like many others) had read that blogging was a viable means of doing that.

In terms of the “how,” it really was just a case of start and see what happens. I read what other people were doing and made a start myself. That led to lots of dead ends and mistakes, but persistence paid off, as it always does!

Your mantra is ‘Learning to blog without coding or complication’. Sounds like there’s some history there, spill!

I actually have a bit of history with website design. I am certainly no web designer, but back in the late 90s / early 2000s I created a couple of basic sites from scratch with Notepad. I was fascinated by the idea that you could take a simple blank document and turn it into something tangible — with structure, formatting and colors.

However, my relative lack of coding skills gave me a good perspective of just how difficult creating websites can be for those with no skills. And as I looked across the web, I saw no free high quality resource for people who know literally nothing about how to blog. And since I am a bit of a perfectionist and get a kick out of writing in-depth tutorials, I figured I could create that resource!

Have you always used WordPress? How does it fare compared to the likes of Wix, Blogspot and Tumblr?

Notepad aside, I’ve always used WordPress. I have however fiddled around with many other blogging platforms, including the ones you mention.

In my opinion, there’s no competition. While the likes of Blogspot and Tumblr have their place in the world, it’s like comparing apples to oranges.

WordPress has greater functionality, is more powerful, and allows far more customization than your typical blogging platform. But at the same time, the learning curve is shallow enough to enable beginners to dive in (as long as they have the right learning tools!). It’s the perfect mix!

The guy who really blew me away when I was getting started was Pat Flynn of Smart Passive Income. I’ve since met the guy and can confirm that he is as nice and as genuine as he seems on his blog. 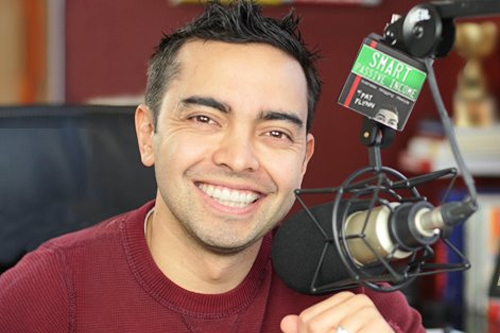 Other early inspirations were Corbett Barr of Fizzle (back when he was running Think Traffic) and Chris Guillebeau. These were the guys who made me believe that it was possible to start with nothing and create something online. 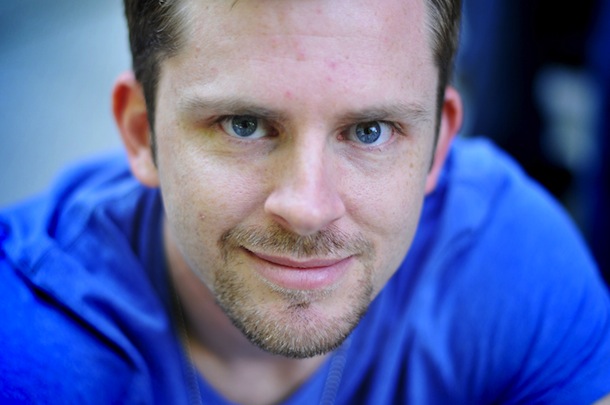 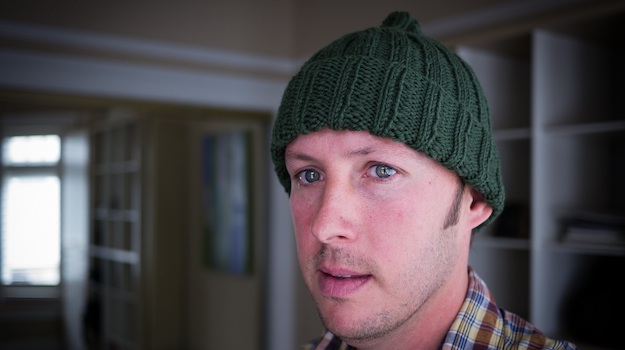 The internet is saturated with blogs on just about every topic under the sun. What gives one blog an edge over others?

I believe that there are three avenues you can go down:

Option one isn’t available to many of us (and requires considerable financial backing). Option two is tough, but if you crack that nut, you’re golden. It’s option three that is easily available to all of us.

The easiest way to set yourself apart from the crowd is blog about something you are passionate about, without being afraid to be yourself.

I would say yes; in the exact same way as anyone can cook. Sure — anyone can cook, but can they cook well? Or do they need a better recipe and/or more experience to create something that people will truly enjoy? Cooking acts as a perfect analogy for blogging.

You’ve recently launched a free email course for beginner bloggers. Tell us more about that and the challenges you faced.

Blogging has opened many doors for me. It is the reason I am taking part in this interview, and it is the reason I am sat at home working at my laptop rather than slaving away in an office for someone else! I want to share the potential of blogging with as many people as possible, but I know that so many people just don’t know where to start. The purpose of my email course is to answer all of the questions that might stop one from starting a blog.

I created the course by first surveying my email list and finding out what was stopping them from blogging. Once I had that information, it was just a case of resolving the concerns they faced!

It is however an ongoing process. My email course isn’t something I can consider ‘done.’ For example, I emailed my list yesterday to find out if anyone had still yet to launch their blog and I got a bunch of responses. Now while you can’t expect to convince everyone to create a blog (after all, it may not be for them), that should perhaps be your aim.

What are some of the common mistakes you see WordPress users making?

In terms of practical mistakes, beginners spend way too much time fiddling with themes and plugins. If it were up to me, I’d enforce a ‘no themes or plugins’ rule for the first few weeks of blogging!

In terms of technical mistakes, you can’t go too far wrong with WordPress as long as you stick on the straight and narrow. There are certain things that you’ll want to ‘fix’ within the settings when you’re getting started (I include my recommendations in a standalone section of the course), but none of them are life ending.

Things invariably start to go a little pear shaped when people get a little overzealous with plugins (perhaps ones that are no longer supported and unstable), or even try to fiddle with WordPress itself. That aside, you can’t really go too far wrong!

Your course is free – when it comes to making revenue from blogs, people think advertising then affiliate marketing and possibly a transition to ecommerce. Any tips or thoughts on this?

That said, I don’t think someone should start with the lowest common denominator (which in my opinion is advertising) if they have a great idea that they want to try. I’m all for jumping in at the deep end and seeing where the current takes you!

From my perspective, my course is free but I get paid a commission if people sign up for web hosting through one of my affiliate links. This creates a win/win situation for me — I can help people create their blogs and get paid for it.

What are the three biggest obstacles to a blog taking off?

That’s what it comes down to. That is what your focus should be on as a blogger — driving qualified traffic to your site, then converting them. Keeping the elementary nature of your goals in mind can help to focus your efforts.

When it comes to post frequency, quality or quantity?

Ideally both! But quality is king. Quantity can work, but it’ll have to be a huge amount of quantity. Think about media juggernauts like HuffPost or The Daily Mail (shudder) — they’re putting more content out there than you could ever possibly compete with.

So don’t try to compete! Far better to create one stellar post per month than 50 so-so pieces. It only takes one incredible post to put you on the map; then people will want to stick around for more.

When it comes to WooThemes, which plugins and themes have you used?

Lots! I’ve been a WooThemes customer since I started down this path. Canvas is a fantastic framework — one I have used for more than one of my own sites in the past. I’ve also used other WooThemes themes for other people I’ve designed sites for. See You Later has been very useful for me on more than one occasion. I’ve dabbled with the Testimonials plugin too.

I’ve done my fair share of fiddling with WooCommerce as well, although I’ve never taken the leap and launched my own ecommerce store (yet!).

We’ll be watching your space then! Finally, what do you see on the horizon for bloggers in the next 24 months?

I’m not sure that the fundamentals of blogging will change a great deal within the next two years. Of course, podcasts only seem to be growing in popularity, as do videos (although they’re hardly a new phenomenon). However, I firmly believe that there will always be a place for ‘traditional’ written form blogging.

I think we’ve seen a pretty big movement away from the old fashioned school of SEO — trying to ‘game’ Google by building links — and I’d like to think that creating genuine connections with others and reaping the benefits of those relationships will only become more important. Put simply, I’m hoping that blogging will continue to grow as a medium for learning substantial things and forming substantial relationships (online and/or offline).

We’re grateful to have Tom as part of our world. Find and follow @Tomewer on Twitter and if you have a question for Tom – or give his course a spin – reach out to us in the comments.