The Future of eCommerce is Inclusion 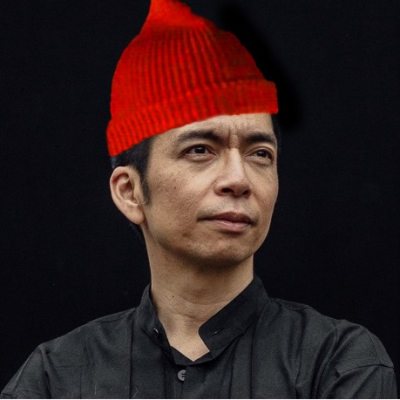 In the ’90s we’d talk a lot about eCommerce, but it seemed a bit unlikely to matter because not enough consumers had computers back then. Similar to what Guy Kawasaki points out in his « Lessons of Steve Jobs » talk,

There was a time in the last century when folks like Thomas J. Watson of IBM considered in the 1940s that:

« I think there is a world market for maybe five computers. »

Later to be updated in 1970s by Ken Olsen, founder of Digital Equipment Corporation, to:

« There is no reason anyone would want a computer in their home. »

But I guess I consider myself lucky that I was at a place in the 1980s/1990s when a fellow named Nicholas Negroponte had some outlandish ideas like:

« We’ll soon buy books and newspapers straight over the Internet. »

which garnered a mid-’90s response in Newsweek of, « Uh sure. » It was placed in the same pile as other wild predictions of Negroponte’s that we’d watch movies on computers one day, or carry a computer around in our pocket or purse, and as far back as the ’70s demonstrating how one day we might ask our computer for directions on a map.

« You can’t connect the dots looking forward; you can only connect them looking backwards. So you have to trust that the dots will somehow connect in your future. »
—Steve Jobs

It’s important to remember that as recently as 2006 we were thinking and saying things like this NPR story:

« The number of people viewing real-estate classified ads online is relatively small: about 17 percent of the U.S. population. »

And I wish I could find the radio story that caught my attention the most with respect to when online commerce was coming out of the ground. Unfortunately, no Google search brought it to the foreground so I’ll have to go old-skool and use my memory (smile).

In the early years of online commerce, it was its unusually inclusive aspect where it found strong product-market fit. How? It gave a level playing field for two categories of people who tend to be excluded in a brick-and-mortar shopping experience: 1/ folks who are considered ‘overweight’, and 2/ folks who are of color. Both types of consumers would experience feeling discomfort when walking into a physical-world shop — online commerce felt way better because they didn’t need to experience the bias that might be associated with their physical appearance.

That was more than 10 years ago and prior to the advent of the smartphone and social media. And my guess is that these insights are lost in the noise of how eCommerce appeals to so many kinds of people today. That said, if eCommerce somehow survived its early years when it was a less sustainable model of business, we might think of how we owe eCommerce’s early years of bringing inclusivity to folks who traditionally felt excluded as the pathway that led to its applicability for the rest of us.

There’s a similar story in the evolution of the OXO grips products. OXO products were originally designed for older people who needed kitchen implements that were easier to hold. But it turned out that everyone — not just older folks — wanted to hold their vegetable peeler so it no longer hurt their hand. This all seems like common sense in hindsight, but that’s the benefit of looking backwards to look forward.

« It may not always be profitable at first for businesses to be online, but it is certainly going to be unprofitable not to be online. »
—Esther Dyson

So what’s the future of eCommerce? My guess is, like with everything, we need to look to the past to understand what we got wrong versus what we got right. And then ask the question that inclusive design guru Kat Holmes makes me ask all the time, « Who’s being excluded? » It’s an efficient method to keeping focused around growing your total addressable market by checking your biases around product and marketing assumptions.

This line of thinking popped into my mind when I attended the recent WooCommerce Developer’s conference in Seattle. There I heard stories of developers’ customers as having prosperously selling on the major platforms like Amazon.com or eBay.com and with the majority of their revenue coming from them. And then comes the one aberrant day where they fall down on customer service and get the 1-star rating, and then another. Even though they manage to recover, it’s too late and their store gets delisted. The next month they need to file for bankruptcy because they were all-in on platforms that they didn’t own and control.

It got me to thinking about, « Who do the major selling platforms exclude? » And also, « What’s the most inclusive model of eCommerce out there? » Frankly I don’t know the answer to these questions. But I believe the answers to these kinds of questions encapsulate the future of products in general. It has something to do with these freeing factors:

Factor 3 is something we’re still working to figure out, and about a month ago we open-sourced our inclusive design checklist to start. Factors 1 and 2 are inherent to open source platforms such as WordPress and Drupal — and I know that work to be intense and ongoing from a technical perspective. But from the human perspective, work around inclusive design is where wins are to be had, and 2018 is the year that we labor to push even further.

A great example of an inclusive approach to marketing was presented at WordCamp Europe by Automattic’s Marina Pape. There’s some fantastic takeaways on this post, or you can watch the whole talk right here:

Did you expect to hear about machine intelligence or voice-interfaces or AR/VR? Sorry. I’ve seen that stuff in labs for over three decades now, and I ❤️ it. But I’m more interested in what can be actually done in the future, which is the year of 2018 for me. And neither you nor me have time to read blog posts — back to the work of designing inclusively, so more folks who are currently excluded can take their businesses online!