Last year, Twitter announced that they would be releasing a feature that allows businesses to post tweets about products and services that include a « Buy Now » button. The button would include an image, description, and link to your payment processor. Snazzy. 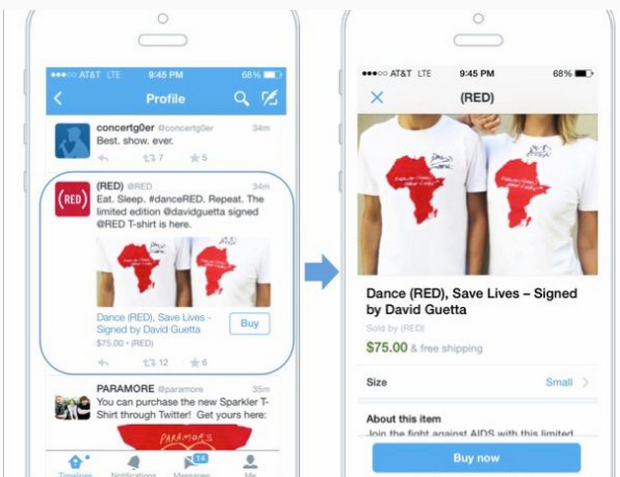