WCEU: A weekend of firsts and the unexpected 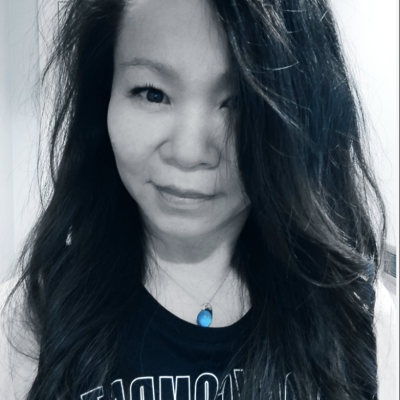 WCEU 2015 was my first WordCamp. I was the first to sign up, and I had no clue if anyone would come with me or how many of us would go.

As the countdown to Sevilla inched closer, we had a Euro meetup of 12 and a planned Woo house wouldn’t hold us all. Anyone on the fence about attending then gave into serious #fomo. 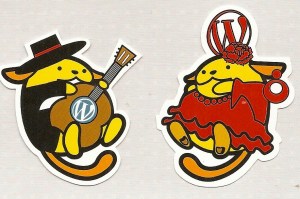 WCEU also marked the first time meeting fellow Ninjas in real life. How would that go? Will people like me? Is everyone as awesome and smart as they are online? These are questions that a lot of us have when we work remotely and only interact with coworkers via Slack and Google hangouts.

After the Woomattic announcement, Mark and Magnus said they were coming and Automattic would be there to meet us. On the outside, I was WOO! On the inside, I was OMG!

Night of the Ninjas

Thursday saw the arrival of Woo Ninjas from different parts of the world, gathering in Sevilla to share drinks, tapas and a hunk of charred meat – Con (Germany), Bryce (nomadic), Tiago (Portugal), Dan (UK), Dwain (South Africa), Mike (UK), Barry (The Netherlands); plus Erica, Shaun and Joel  from the U.S. and Nicola from Italy (not pictured). It was our chance to bond ahead of a harried schedule of talks, events and dinners.

Back in Athens, the pilot announced that the plane would be returning to the airport and, after an hour of tests, said: “The plane is broken.” What followed was 12 hours of uncertainty until we boarded a flight to Madrid the next morning.

The WooThemes booth was next to Automattic’s Jetpack and ideally placed between the venues for Track 1 and Track 2 talks. Everyone saw us and had the opportunity to interact.

Bryce talked about setting up an SaaS in three days using WooCommerce and Subscriptions. A member of the WP community said Bryce had “the most entertaining slides.”

Meanwhile in Madrid, I learned that all flights to Sevilla were sold out in this weird game called, “How much do you want to attend WCEU?” I heard about a high-speed train and took that.

Organizers also live-streamed and translated WCEU, which I favor and believe is in line with spirit of WordPress, open source and democratizing.

There was some pretty schweet swag, including water canteens, T-shirts in orange and navy, stickers, sunscreen (gone before I arrived!) and Panama hats or fedoras modeled here by Dwain. 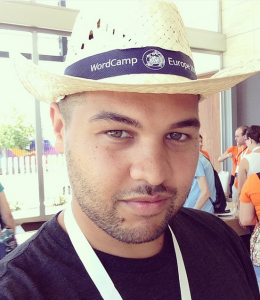 Did I get to WCEU in time? Not even close.

I’d pictured meeting everyone for the first time so differently in my head, and the good thing about being sleepless and starving is I had zero nerves and could barely think about how terrible I looked. I walked up to our booth and was bear-hugged by my Woo family! 🙂

Everyone went to the rooftop pool in our hotel, and then out for drinks and tapas. I collapsed and was out cold. I didn’t want to miss out on a second night with my team, but this was the best option given our social schedule for Saturday.

WooThemes was scheduled to have two of us represent today. Marina had to cancel at the last minute, but part of her talk can be found on her blog post ‘Eight Tips for Loving Your Trolls.’

Mark and Magnus both gave me a hug and a huge smile, joking that I’d finally made it and how great it was to meet me. Later I met Joel, who was a lot taller than I imagined, and Barry who would magically appear and vanish over the course of days.

All of us also met Lori, who is even sweeter and more bubbly in person, and Petya who is our new Euro Human Wrangler. There was an awkward moment at lunch, captured by Erica.

And I finally met the infamous Beau from A Year without Pants! What did we talk about? Burritos, of course 😉

I worked the booth for the first time with Tiago and Con, plus Mike, Bryce and Dan were around to help answer questions. Barry worked the Woo booth one last time. Most people had devvy agendas, so I let the guys take those.

During the lunch break, I was told that no one would be in the hall and I should abandon ship. I’m glad I stayed because it was during this time I got to meet our users for the first time.
– One man had questions about payment gateways.
– One wanted to know if we had any swag left, and then asked about Subscriptions.

My favorite session of the day was Mark’s talk about how Woo was born and grew up:

Following closing remarks and Nikolay Bachiyski being named czar of security, Automattic and Woo met for a pool party. One word: Scorchy! A few enviable people took full advantage of the big blue.

Immediately after the pool party, we rushed to La Primera del Puente for a riverside feast of all things delicious and sangria with the Prospress team, makers of Subscriptions. Then we went two doors down to Puerto de Cuba for the afterparty.

Erica and I started singing « In Da Club » by 50 Cent, “Go shawty, it’s your birthday.” We started laughing, and she said, “It’s not our birthday.” Well, actually, it is! News spread like wildfire, and everyone sang to me right before this photo.

At the door, everyone got two drink tickets per person. I got four and fanned them out for the other Ninjas. #fourticketsbaby

Inside the club, it was WCEU folks only. On stage were Automatticians dancing with Yoast, including Lori in her Woo shirt.

Although the whole evening was amazing, my favorite moment was Magnus requesting that the DJ play « In Da Club » for me.

I met up with Prospress for Contributor’s Day, which was my first.

I joined the Docs team, led by Drew Jaynes, and we worked on Migrating the WordPress.org Codex to Dev Hub (code reference) and completing the Theme Developer’s Handbook.

I got this cool little button and sticker. 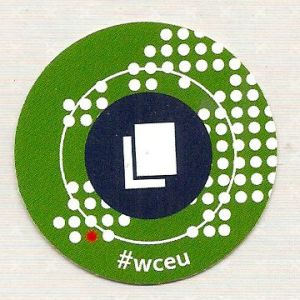 Ninjas then assembled for a quick wine and tapas before a night of flamenco at Casa de la Memoria. If you can imagine feet moving faster than lightning, Woo! And the intensity, OMG.

The last dinner saw Automatticians and Ninjas gather around a table like family, which we are.

When I said my goodbyes, I was touched that people I just met wanted to see me off. MJ even let me hug him! There were witnesses. 😉

Day After or the Same Long Day

Before the Woo team had one last breakfast together, I took a 5:00 a.m. walk around the city. Most of us took one last dip in the pool.

Dan, Tiago and Joel did a bit of sightseeing, something that most of us had little time to do. Love this photo!

On the way to the airport, the taxi driver and I spoke in Spanish and he asked about my time in Sevilla. Every meal was delicious, the sights, the people, the culture, the language, the scenery were all beautiful. The only thing I disliked was the weather, and Manuel told me that Sevillians feel the same way.

He then surprised me with a compliment and a gift. I started my trip the same way it ended, with the unexpected.