Why WordCamps (And Norway) Are Worth It

WordCamps are interesting things. A bunch of people from different corners of the world flung together for the sake of WordPress for a short sharp burst of learning, connecting over good coffee and apples that need washing. Right? 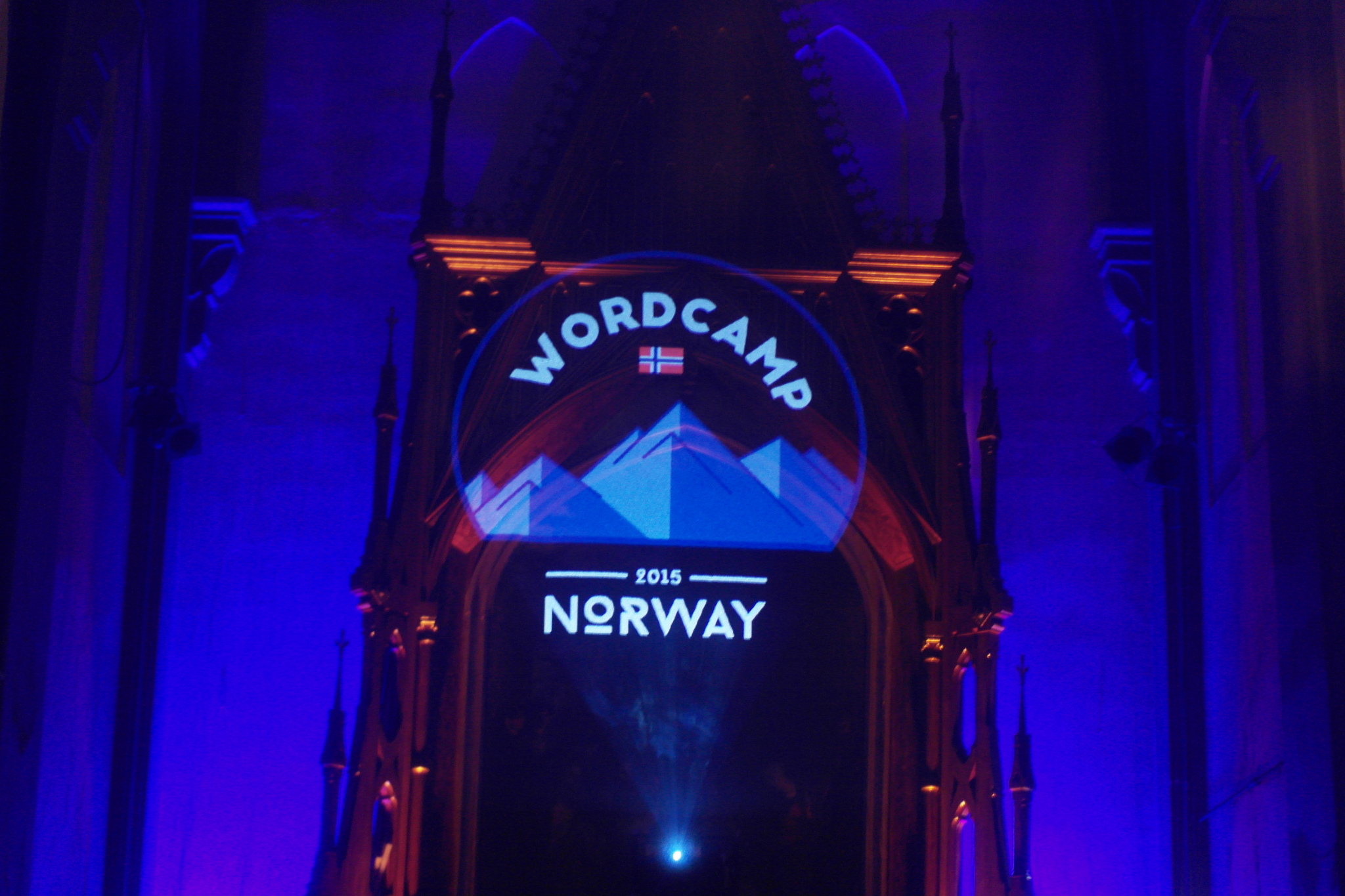 I have four notches on my WordCamp belt, the freshest of which was acquired at #WCNO2015. I could talk about learnings from the talks themselves – cross my heart I was listening – but would rather spend these words on why WordCamps are worth it and Norway is wonderful.

WordCamps Are Worth It

The past seven months working for Woo have been my first experience of remote-working. As an ENFJ I love me some people-time – which is very achievable through Google Hangouts, co-working spaces and long conversations with waitrons in coffee shops – but there is something so nice about getting together with like-minded work people, who you might know only by avatar, and connecting IRL (with the same applying to smaller gatherings and meetups).

WordCamps don’t happen without effort. Any organiser will tell you that! And yet volunteer teams pull together and make them happen for crowds that sometimes number thousands. A key? It’s voluntary. People don’t get paid to help, speak, serve sandwiches, hand out badges, clean up etc – the entire thing is based, even if it hides deep down as the day approaches and stress increases, on passion.

To be paid to serve is one thing. To serve for passion? What a vibe and at this point a shout out to Scott Basgaard and the #WCNO2015 team for organising such a ripper for the fourth year running. If your eyes have admired this year’s logo it was lovingly illustrated by Fonda Lashay (call her, she won’t be calling you). 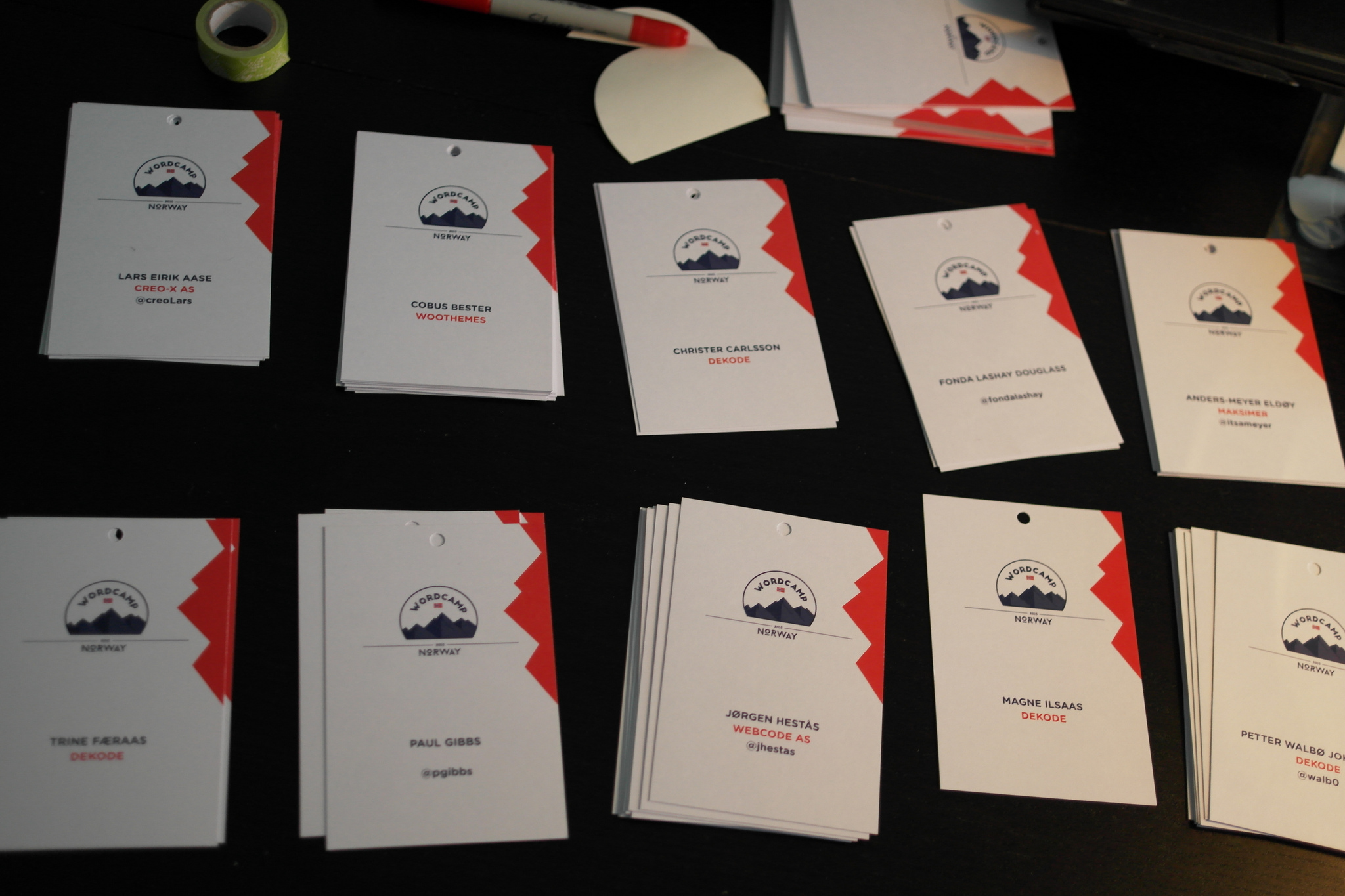 I’m lucky enough to travel to these types of events for my company but for many WC attendees the trips to other countries and continents are self-funded and can take up a sizeable portion of annual budget. Jet lag, RyanAir, visa hassles, weird food, forms, bookings, the works… Why do we do it? 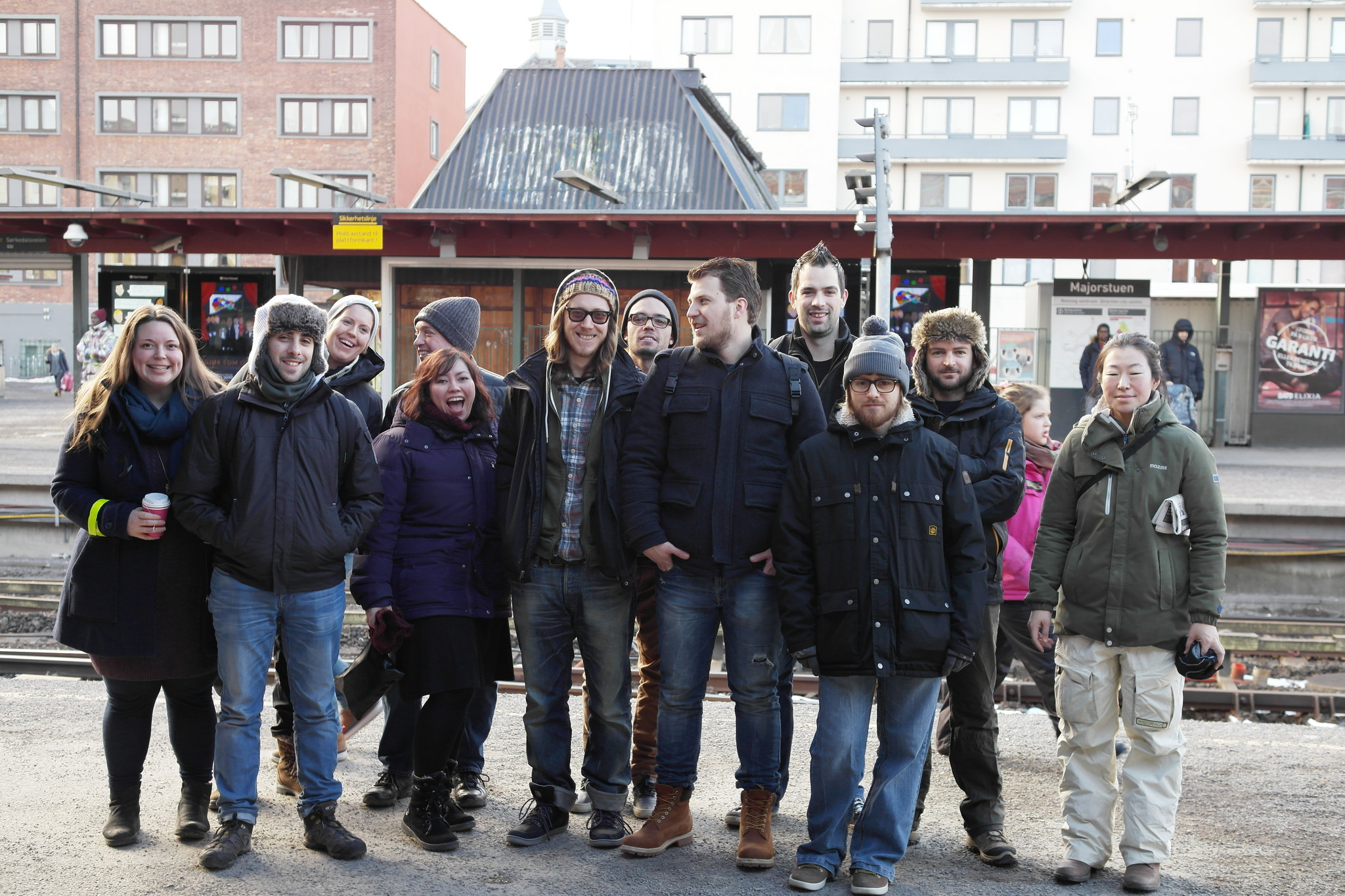 It’s not only for the content. Slide decks are up before talks are over and WordPress TV shares everything if you wait long enough. Business leads and sponsorship opportunities? Maybe for some. But my suspicion is most people do it for the unlikely friendships that form.

Everyone’s heard it, but the best thing you can do at WordCamps is talk to people, because you will definitely learn some things and might just meet a kindred spirit to add to your collection.

Personally, the WordCamps I’ve attended have created opportunities to hear about customers’ experiences – good and bad – with WooThemes. As a relative noob to the scene, my approach has been to say little and listen hard and most times I need only mention I’m with Woo and the floodgates open. Sometimes it’s criticism but that’s okay. How better to hear about an instance where we dropped the ball or went about something the wrong way round than elbow-to-elbow over a beverage with a sledding trip to laugh it all off together the next day.

There is a bittersweetness. The post WordCamp hangover can be sad – when one sorts photos, foreign currency and ticket stubs and thinks about the characters one won’t see for many months (or years). Worth it? A thousand times yes. Addictive, even. The next WordCamp is always just around the corner.

Ten of us from WooThemes made it to Oslo, including one of our founders, for whom the trip was short and sweet as he hails from (and still lives in) Stavanger. Magnus reckons this makes WooThemes 50% Norwegian, which we’ll give it to him because he was such an excellent host.

In keeping with Woo’s roots, we were an international pack:

Barry from the Netherlands (who spoke very well at the WordCamp on handling Vatmoss); Nicola from Italy (whose sister made the origami woo’s you might have seen around); James from the UK (the man behind Storefront, our free theme for WooCommerce); Mike, also from the UK (who spoke at the after-hours event and crushed it);  Dan, also from Sheffield (who heads up Sensei so we can all lms like bosses); Tiago from Portugal (one of Woo’s first hires); Danny from Poland (another of Woo’s earliest hires); Cobus all the way from South Africa (he was in the Netherlands from Web Vakdagen) and myself, Marina from London (but still bleed Cape Town if you cut me). 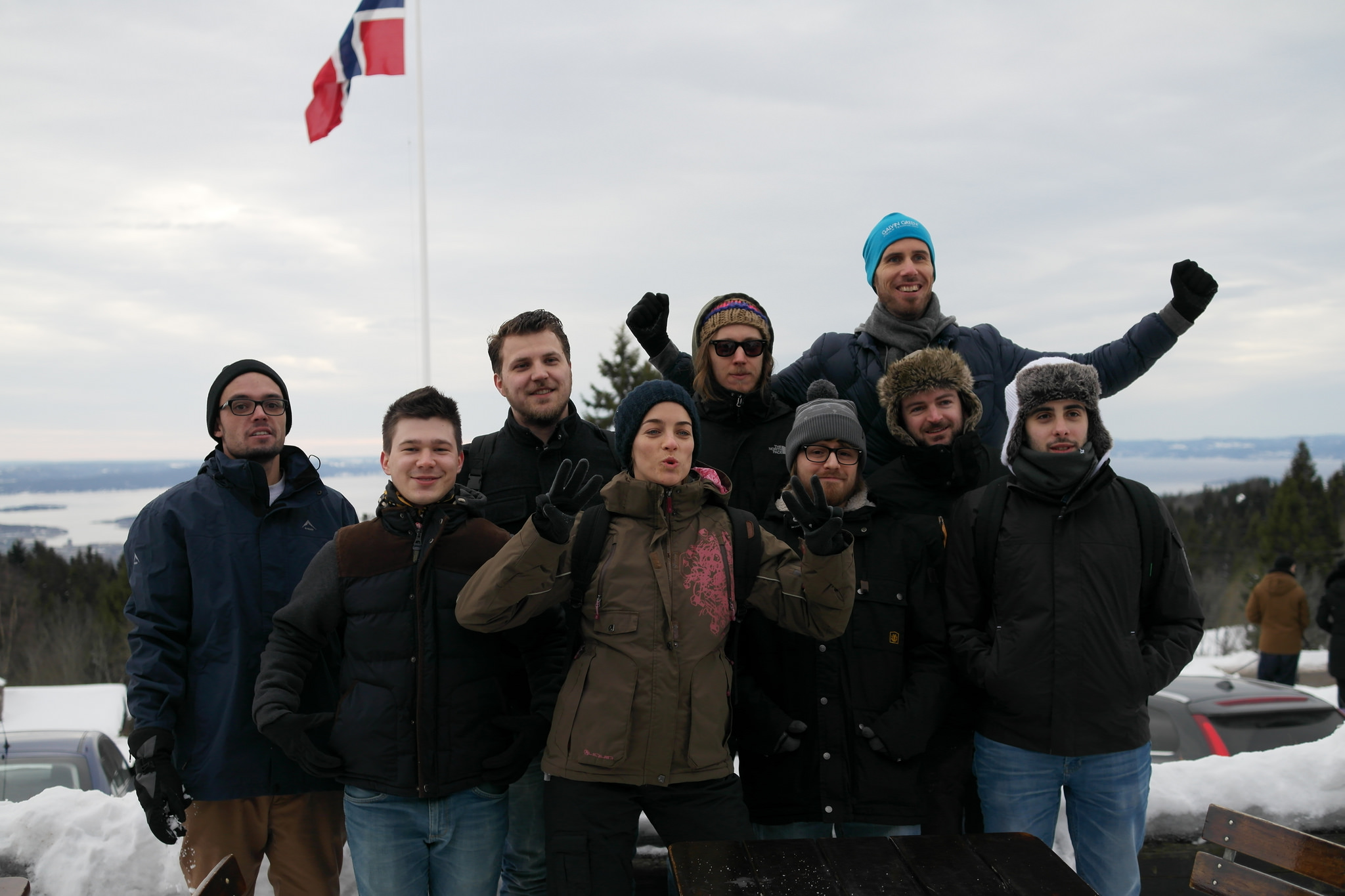 We were sponsors alongside Dekode, a stellar Norwegian Dev Agency who we hung out with during the conference and afterwards for some skiing in Hafjell. Shout out to Magne for the awesome aprés ski meal! 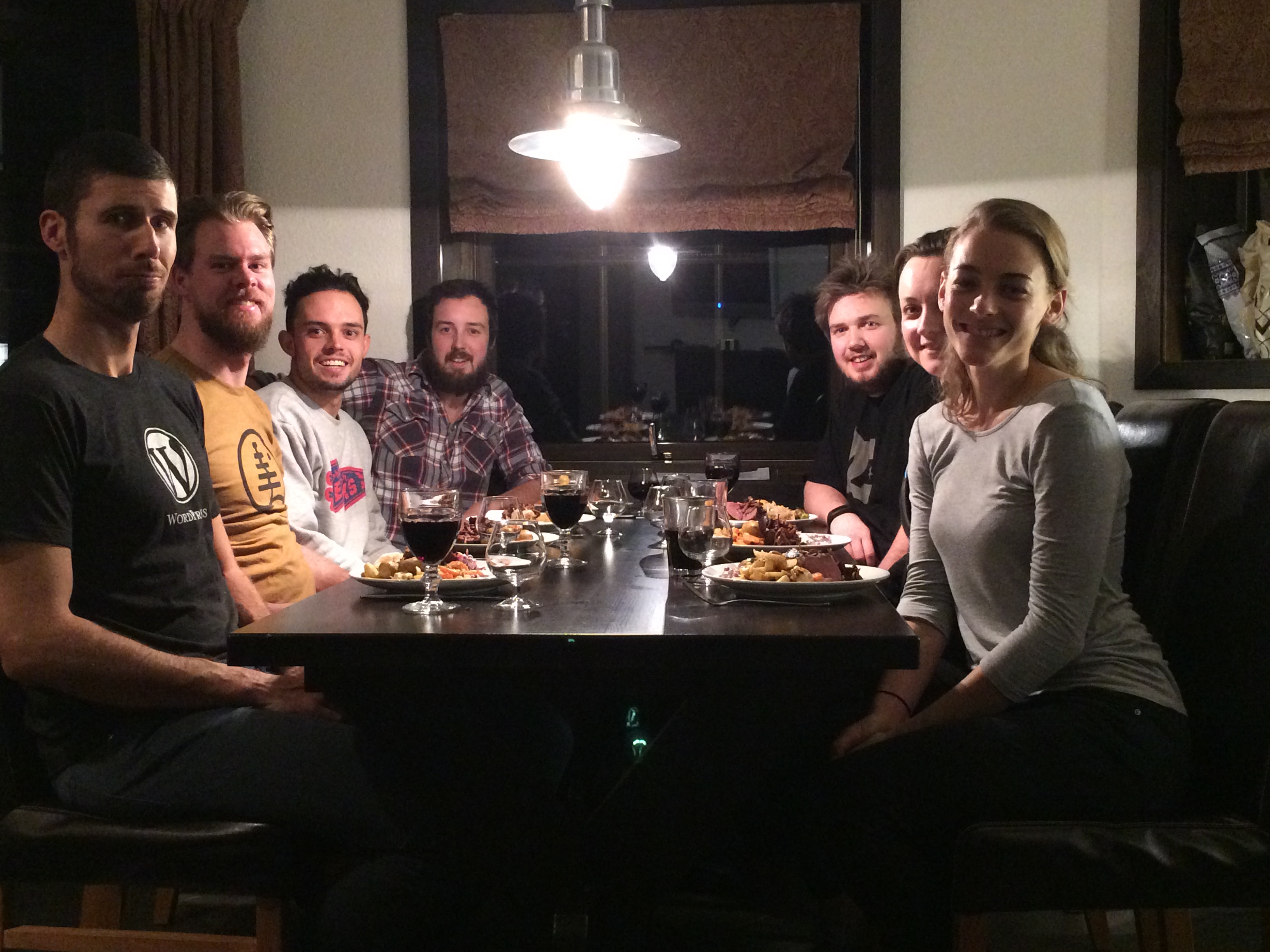 If you’d asked me my thoughts on Norway a month ago, my response would’ve been that you don’t get lions and tigers there thanks to this pretty weird video from Weebly I used to laugh at.

When a trip to WordCamp Norway in Oslo for our European contingent was suggested I jumped at the chance. Scotty roped me in to MC and I looked forward to being able to do something other than warm a chair.

On arrival the first thing that struck me – once the fear mongering about how cold it would be had been put to rest – was the light (not just literally). Take my word for it that it’s worth going, just for the way buildings light up in the afternoon and shadows are cast on snowy streets and sloping roofs.

I’m not a designer or photographer but if you are, I’m pretty sure you’d do cartwheels over it. 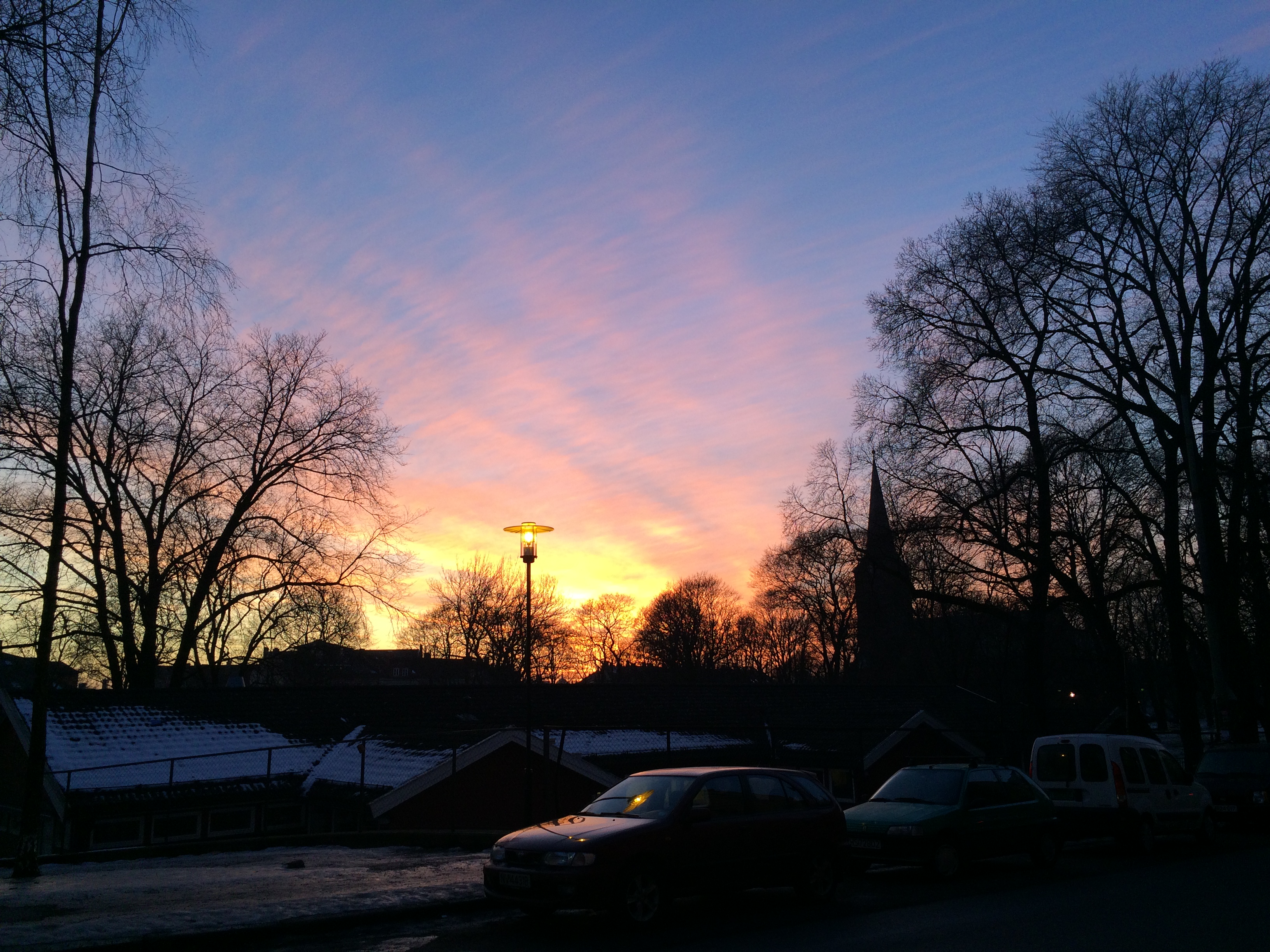 The next thing I love about Norway is that even the tiniest convenience stores have about ten different kinds of milk / cream products. My thirst for half&half – discovered during WordCamp SF last year – was more than met (although Norwegians drink their coffee black so it wasn’t without faint disapproval).

We had delicious coffee from Tim Wendelboe at the WordCamp itself and boy was it guzzled down fast – in the rather unusual setting of a refurbished church! Beats a slick hotel venue or conference centre with free pens.

Finally. It’s a dangerous thing to make sweeping statements about people-groups, in case it comes out wrong somehow, but the third and final thing I really liked about Norway is in fact, Norwegians themselves. Maybe it’s a Scandinavian thing to be quite direct and of fewer words? Also, all those beards! And amazing quality jackets. It’s almost too good.

If the main thing people say about Norway is how cold it is, there is a koselig–warmth to it that outstrips the snow a thousand times over. My advice? Make the trip to #WCNO2016 or any WordCamp near you if ever you can because it sure as eggs will be worth it.

All photos – bar the grainy sunset, which is mine – are with thanks to the veritable @Rarst.