Looking to integrate Flexslider with WordPress? 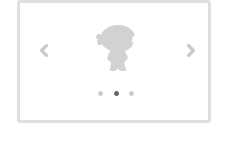 Display your products in a neatly designed, responsive slideshow within WooCommerce.

Get started with FlexSlider in 3 easy steps!

Add these items to the <head> of your document. This will link jQuery and the FlexSlider core CSS/JS files into your webpage. You can also choose to host jQuery on your own server, but Google is nice enough to take care of that for us!

The FlexSlider markup is simple and straightforward. First, start with a single containing element, <div class=”flexslider”> in this example. Then, create a <ul class=”slides”>. It is important to use this class because the slider targets that class specifically. Put your images and anything else you desire into each <li> and you are ready to rock.

Step 3 – Hook up the slider

Lastly, add the following lines of Javascript into the <head> of your document, below the links from Step 1. The $(window).load() is required to ensure the content of the page is loaded before the plugin initializes.

…and voila! That wraps up the most basic installation of FlexSlider into your webpage.

Step 4 – Tailor to your needs

Listed below are all of the options available to customize FlexSlider to suite your needs, along with their default values. For examples on how to use these properties for advanced setups, check out the Advanced Options section.

A little information about FlexSlider

FlexSlider was built to serve up the best responsive jQuery slider around. I had built a few implementations of responsive sliders on different client projects and noticed that there was a glaring hole for plugin support with the concept. I wanted to build a plugin that would serve the newest of beginners, while providing seasoned developers a tool they could use with confidence. What has come forth is this, FlexSlider. I plan to maintain this plugin and provide support to users implementing FlexSlider into their sites. Responsive web design can be tricky, but I hope that FlexSlider serves to uncomplicate the process, just a little bit.

FlexSlider has been verified in Safari 4+, Chrome 4+, Firefox 3.6+, Opera 10+, and IE7+. iOS and Android devices are supported as well. jQuery versions 1.3+ are supported.

Managing this project takes a significant chunk of my time outside of work, so I would like to give my sincerest thanks to those who have supported FlexSlider:

Check out the demo page to see Flexslider in all it's responsive glory. 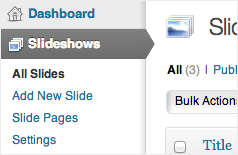 Want to use FlexSlider on your WordPress site? We've got a plugin for that with lots of additional features.

If you need some help with FlexSlider, and are a paying WooCommerce customer you can contact support.

Flexslider is on GitHub

FlexSlider will be maintained through GitHub. Follow @woocommerce for updates and demos!