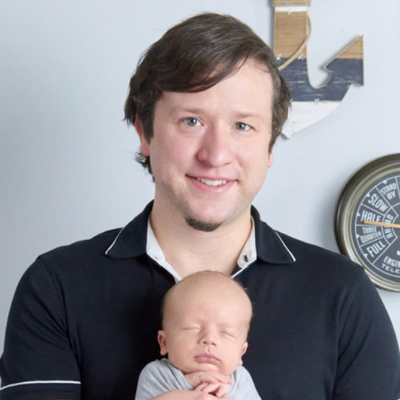 The much-anticipated iOS 14 update from Apple has arrived. And with it comes a slew of new changes for online marketers. These changes are just the first in a wave anticipated by other major players like Google — all of which will reduce marketers’ ability to track users and eliminate certain long-held, common advertising practices.

But, just like other changes in the rapidly expanding digital climate, they also bring new opportunities and improvements for both users and store owners. The key for marketers is an open mind toward adapting practices to the new world.

Apple is requiring that all app developers comply with new policies. This impacts our partners who have built their own apps, like Facebook, Google, and Snapchat. It also affects the marketing results of advertisers, such as WooCommerce stores, who run campaigns on these applications. Apple’s requirements for iOS 14 app developers are that they (in summary):

The new requirements will impact advertisers because apps will no longer be able to pass along certain information for detailed ad targeting and conversion results if they do not have permission from users.

WooCommerce merchants who use these platforms for advertising should expect to see changes to reporting, targeting, and performance due to less data being available from opted-out iOS14 users. For example, it will be much harder to target campaigns based on users’ interests or browsing history.

The result of less accurate ad targeting and less transparent conversion measurements will likely mean higher ad costs, at least in the short term, for store owners. It also means greater difficulty in understanding what campaigns are having the largest impact on sales. This again will lead to less efficient campaigns and higher overall costs.

We’ll share insights from some of our individual partners below, but all of them say that there’s a lot of uncertainty in the future. Nobody knows exactly how the impact of this and other changes will play out. But all of us are confident about the strong future of eCommerce and the new tools and strategies that will soon come about.

Why is it changing?

The reason for the changes in tracking by Apple, and later Google, is to enhance privacy for users around the globe. GDPR was one major step aimed at placing the control of personal data back into the hands of users from the European Economic Community. Other initiatives have followed — like California’s Consumer Privacy Act.

Apple will ask users to opt in or out of data tracking when they log into apps that engage in what Apple defines as “tracking.” It’s expected that most people will opt out and marketers will lose a lot of insight into the activity on one billion active iPhones.

Strategies to mitigate the impact

For now, marketers will still be able to collect information from people that use Android devices. If your campaigns start to suffer, a temporary fix could be to reallocate all, or most of, your spending to users on Android devices.

You may no longer be able to remarket to past users based on cookie data, but you can still use properly hashed first-party data (such as a list of past customers who have given you permission to market to them) to run ads. If you’ve spent a great deal of time and resources developing a strong email list, it’s about to pay off big time.

Moving forward, the most important thing is to keep an eye on the latest updates. There are numerous technologies in development that will be game-changing for both consumers and advertisers. When ready, you can be one of the first to adopt them.

Let’s take a look at what specific platforms recommend.

Google doesn’t plan to display Apple’s required privacy modal — the one that lets users opt in or out of tracking — on their suite of apps. Instead, they’ll simply stop using information that violates Apple’s App Tracking Transparency (ATT) policy.

Meanwhile, Google is working on a solution that will group people with common interests. This is known as Federated Learning of Cohorts (FLoC), and Google says advertisers can expect to see at least 95% of the conversions per dollar spent when compared to cookie-based advertising.

Though traditional remarketing will see a substantial shift and eventual end, there’s a project underway known as FLEDGE, which builds upon a previous Google Chrome proposal called TURTLEDOVE. In the future, these programs are expected to evolve into a solution that will help store owners reach back out to previous site visitors while still protecting their privacy.

Another initiative that is not yet in production, but equally important, is Google Chrome’s effort to find ways to aggregate broad information from users that protects their identity while allowing marketers to still effectively measure conversions and other key results. This will be critical for marketers to create campaigns that have a positive return on investment.

Google recommends that you implement sitewide tagging with the global site tag or Google Tag Manager. They also advise advertisers to upgrade to the latest version of Google Analytics for Firebase for new features including SKAdNetwork support.

And, as marketers should do on all platforms, keep an even closer eye on iOS app campaigns and adjust spend accordingly.

Snapchat has been focused on privacy since day one, saying, “This is why we introduced the idea of ephemeral media with Snapchat — to set the assumption that, just like in real life, you’re not always ‘on the record’.”

Snapchat will be embracing the idea of more privacy for users and showing the privacy modal so they can opt in or out of tracking.

And if you’re already advertising on the platform, or plan to, you can rest assured that Snapchat already supports Apple’s SKAdNetwork measurement. This means that while your data will still have some limitations, you can continue to monitor results and optimize Snapchat ad campaigns effectively. Learn more here.

So what changes can advertisers expect?

Certain reporting dimensions — such as age, country, and channel — will no longer be available. You can expect the size of 1P custom audiences to decrease (such as Pixel Custom Audiences, Snap Audience Match (SAM), and retargeting for Dynamic Ads). Due to additional privacy protocols Snap is taking towards attribution, it may take up to 32 hours for a conversion to be reported in Ads Manager after the event occurred. See Snapchat’s full documentation on anticipated changes.

The Apple iOS changes will affect how Facebook receives and processes some conversion events from business tools including the Facebook pixel and Conversions API. In response to these changes, Facebook will also start processing website conversion events from iOS14 devices using Aggregated Event Measurement. This supports efforts to preserve user privacy while allowing you to run effective campaigns. To prepare for these changes, advertisers should visit their Facebook Ads Manager and review actions outlined in the Resources Center tab.

These actions include, but are not limited to:

Businesses who advertise on the Facebook platform may also see limitations in the data that Facebook can report due to Apple’s AppTrackingTransparency prompt.

Visit the Resource Center tab in your Facebook Ads Manager to prepare for the release of Apple iOS 14.5 or learn more in the Facebook Help Center.

The digital landscape is in a constant state of change and this is no different. Though many platforms have expressed concern, new solutions will arise. If you stay up to date on the latest options available for store owners and marketers, you can be among the first to adopt new technologies. If your competitors lag behind, this change might even bring about the advantage you’ve been waiting for.

Meanwhile, read our partners’ guidance on how to mitigate the impact and keep serving your audience by adding value to their lives in every way possible. First-party data and your existing, loyal customer base is now more important than ever.