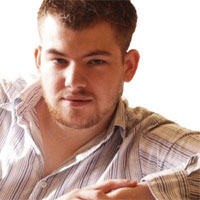 Our second Woo Worker Interview is with a freelancer the other side of the pond of another Woo Worker who we interviewed last week (Josh of Cubicle Ninjas).

Tell us a little about yourself, your design / development skills and how this translates to your (freelancing) business.

I’m Kirstin, a 25 year old full living on the Isle of Skye (a small island off the north west coast of Scotland). I’ve been a webdesigner specializing in wordpress for the last 4 years and I’ve been a full time freelance designer since January. Although I’ve used a number of platforms, I homed in on wordpress as it offered a lot more flexibility and control. Most of my freelance work is tweaking and coding themes, writing plugins etc although I also do a lot of work with integrating forum and gallery softwares. I’m definitely not the best graphic artist out there, so I tend to be drawn more towards the coding and tweaking jobs.

What is your favourite theme by WooThemes? And why?

That’s a hard one. It would have to be either Busy Bee or Over Easy.

So you’re an Affiliated Woo Worker, right? What does this actually mean to you and what does the “job” basically entail?

Basically it means that I get more job offers than I previously did. I’ve found that my work load has tripled since becoming a AWW. As for what the job entails, it totally varies from job to job. 90% of the time it’s tweaking certain parts or creating custom widgets etc.

How has working with WooThemes influenced your business and / or earnings as a web designer / developer?

Although I occasionally work with other themes, I now use WooThemes for most of my freelance work. This has allowed me to work with the same basic framework which has increased productivity by reducing the overall time it takes to complete a customization, allowing me to take on more clients.

Would you recommend WooThemes over other, alternative free / premium WordPress themes? If yes, why?

I’ve used a number of ‘Premium’ themes from various different designers, but unlike some of the other themes, WooThemes has the same basic framework and and consistency in all its themes which in my opinion makes it more attractive to me as I know I’ll be working with a theme that has a solid foundation.

What do you think about the ease-of-use and customizability of our themes?

From my point of view, I prefer getting my hands dirty in the actual code, although for new wordpress users and people who need a ready-to-go theme, I’ve been told by clients, that it’s one of the main reasons for purchasing a WooTheme.

Anything else that you’d like to add? Maybe a little compliment or something? 🙂

It’s more of complaint. Some of the themes are just to good and as a designer is becomes incredibly hard to come up with ideas to customize!

Some recent theme modifications by Kirstin