It Gets Better Project 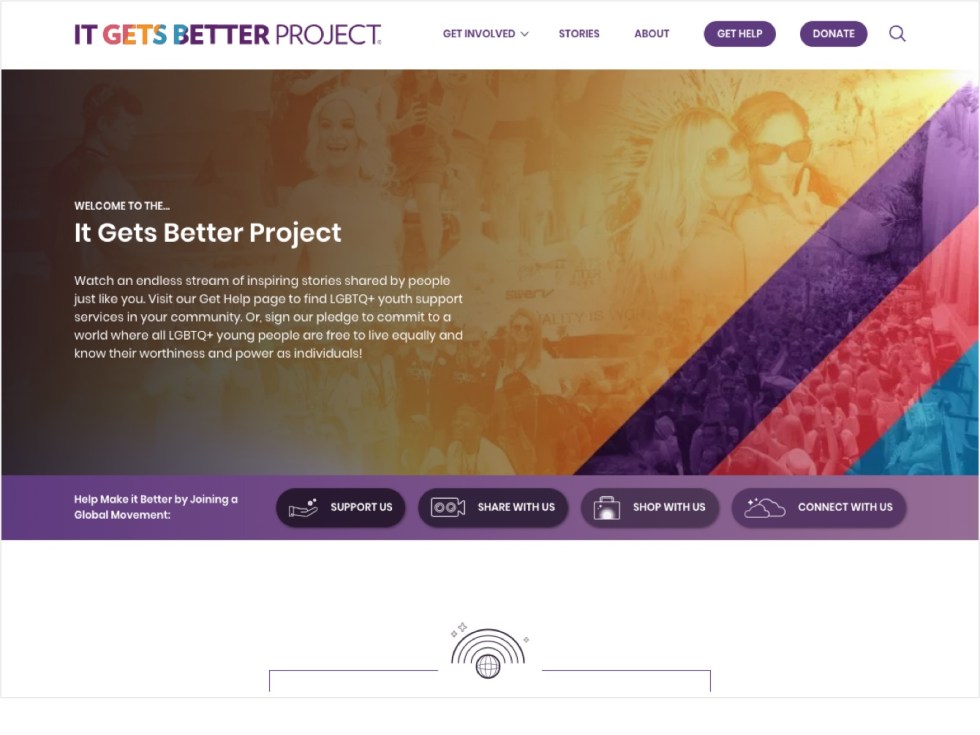 The It Gets Better Project is a non-profit organization with a mission to uplift, empower, and connect LGBTQ+ youth around the world.

Growing up is not an easy process, especially when trying to affirm and assert your sexual orientation and/or gender identity. It can be a challenging and isolating time for many – thankfully, no one has to do it alone.

The project envisions a world where all LGBTQ+ youth are free to live equally, knowing their worth and power as individuals.

Back in 2010, author and journalist, Dan Savage and his partner, Terry Miller, began a social media campaign in order to provide hope and encouragement for young lesbian, gay, bisexual, transgender, and queer people.

More than 625,000 people have taken the pledge to stand up and speak out against hate and intolerance, with over 60,000 people shareing their personal It Gets Better® story.

All proceeds from their online store benefit the work of the It Gets Better Project’s mission to uplift, empower, and connect young LGBTQ+ people around the globe.

http://www.itgetsbetter.org/shop
Get started with WooCommerce