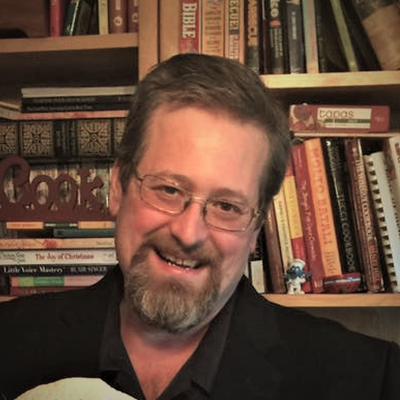 Many entrepreneurs have faced and overcome setbacks and challenges to achieve their business dreams. Still, few have succeeded against the kind of odds faced by Thomas Barry and his father, Finbar.

Of course, few of us share the vision, tenacity, and sheer force of will possessed by this amazing family of Irish entrepreneurs.

The youngest of seven children, Thomas was born with Down Syndrome, along with a host of other severe illnesses, including Perthes Disease, Hirschsprung Disease, a heart murmur, an underactive thyroid, Hiatus Hernia, and stomach reflux. He wasn’t expected to survive his first two months, which were spent in intensive care.

But then, as now, Thomas was a fighter, and he fought his way home.

As a child, he was often sick, spending many months each year in the hospital for various illnesses. He would become the youngest person in Ireland to have a total hip replacement. The harsh reality was that Thomas could probably never hold down a regular type of job due to his disabilities. But this being Thomas, this had no effect on his desire to work and express his creativity.

The fact is that when Thomas makes up his mind about something, he’s very determined — even relentless — to see it through.

Despite all of the pain and struggles that Thomas faced growing up, he had one all-consuming dream by the time he reached his teen years. He wanted a job, a real “get up in the morning and go to work” kind of job.

The kind of job that he’d spent his childhood watching his father and brothers march off to each day.

For Finbar, his son’s dream was a deeply concerning one. When Thomas first began to voice his desires, he wasn’t even able to walk. His overall health was still quite poor and he lived with severe pain daily.

How would he be able to maintain any type of job?

“We just kept kicking the can down the road,” says Finbar, “telling him ‘maybe next year’ and hoping for a miracle. We just couldn’t bear the thought of pouring cold water on his dreams.”

But Thomas never gave up.  “I want to get to work; I want to get a job; I want to go to work.” The same never-give-up rock-solid determination that saw him through those first precarious months of life was as strong as ever. And, as always, Thomas fought on.

All about the socks

As “I want a job” continued to be his son’s mantra, his father wondered what he could possibly do to help.

Then one day, it came to him. If there was one constant in Thomas’s daily life, it was his socks.

He went nowhere without socks, keeping them with him both day and night.

Where other children found comfort in blankets or stuffed animals, Thomas found his in his beloved sock collection. Thomas had always played with socks. He would put one sock into the other and swing them around his fingers for hours until, after years of practice, he was amazingly adept at it.

He never played much with toys in his early childhood but would go nowhere without his socks.

“He took them to bed with him,” says Finbar, “so that the first thing he’d see when he opened his eyes was the socks in his hand.

I remember wondering to myself, ‘Is this something Tom would identify with, or could even do for a living, sharing his love of socks with others by selling socks online?’”

That’s when Finbar approached his grandson Shane for help. Having studied computer science, programming, web development, and digital marketing in college, Shane seemed like the best choice to take Thomas’s and Finbar’s dreams and make them a reality.

“When my granddad approached me about the business,” says Shane, “we sat down, came up with a plan, and I knew immediately that I was going to use WordPress and WooCommerce. I’d used them before and I was confident in both.”

For Shane, WooCommerce came hand-in-hand with WordPress, and he found the combination simple and easy to use, allowing him a lot of flexibility.

When asked about using Shopify, Shane was quick to respond.

“I think you’re quite limited with services like Shopify. You have to pay a monthly recurring fee, and it’s just not as flexible as having your own website and your own host.”

As they began to design a website for Thomas’s new business, the Barrys implemented WooCommerce, using Stripe (a fellow Irish company) as their payment processor. They had briefly considered other processors, but previous experiences and fees deterred that option, and they’ve been pleased with their ultimate decision.

With WooCommerce and Stripe, Apple Pay was easily enabled, giving Thomas’s customers a fast and secure way to pay online.

“Once we set up the website with a product catalog and some basic selling tools,” says Shane, “we began adding more advanced options and a monthly subscription plan. Using WooCommerce, it was all very straightforward.”

Even though his education and experience allow him to write his own code, Shane appreciates the ease of use and ability to customize that comes with the wide variety of WordPress plugins available to users.

“Like WooCommerce Subscriptions,” he says, “if I were to try to program something like that, it would take me a long time. But because it’s already available as an extension, it saves me a lot of work. There’s a great base of extensions available.

We use Stripe for everything from taking individual website payments to invoicing commercial customers who want to order in bulk.

Really, it comes down to making the whole purchasing experience as easy as possible for the customer.

Currently, Thomas’s Trendy Socks’ sales are nearly 100% online, with an inventory of more than six thousand pairs of socks. Inventory turns over fast. So fast, in fact, that the family is considering bringing manufacturing in-house.

Thomas, of course, is constantly coming up with new designs. Shane uses site and sales data to determine how popular each might be with customers.

“After I’ve determined the core audience,” says Shane, “we then look at what previous products these customers have shown interest in. What are the commonalities? (Animals, food, and beer themes have historically been very popular).”

The family wanted to do something to support Down syndrome awareness as well, so Thomas actually drew a Down Syndrome awareness sock. The first run sold out almost immediately. The Barrys plan to expand their charitable work and help use their socks to spread awareness in the future.

“As soon as we start manufacturing in-house, I think we’ll be doing a lot more experimenting.”

The business is always considering different fun ideas to promote their socks, including videos with Thomas. As far as digital marketing, they use social media ads and email campaigns.

It’s easier than you think

Shane isn’t the only one who’s found WooCommerce and WordPress easy to use. Recently, 77-year-old Finbar was left running the company while Shane had to be away.

“He didn’t grow up in a time where you used computers for everything,” Shane told us. “Before we set up this business, he probably would’ve been able to use Microsoft Word, but that’s about it. I was away for a couple of weeks, and Grandpa was able to learn how to use WordPress and WooCommerce. He learned how to log in, manage the store, and process all the orders himself.

I think that really says a lot about the software, that somebody who didn’t grow up with computers was able to pick it up so quickly and easily.”

The secret of their success

The Barry family started Thomas’s Trendy Socks on a shoestring budget of less than €1,000, and have built on that through a simple formula of scaling up month after month.

“That’s our approach: just scale and reinvest, scale and reinvest. At the moment, there are three of us, but the long-term plan is that when we start producing our own products in-house, we hope to be able to employ people like Thomas.”

Perhaps the most essential element to the success of Thomas’s Trendy Socks is attitude.

“Thomas has been through a lot. He’s had to overcome a lot of challenges, and yet, despite all of that, he’s always happy and always smiling, and he just wants to make other people happy and smile, too. I think the business is thriving because Thomas shares that positive energy through every pair of socks to every customer,” says Shane.

Thomas is bringing joy to people’s lives by sharing not only his fun socks but his indomitable spirit as well.

And that is Thomas’s job.