Lady Dye Yarns — From Crafts to Activism with WooCommerce 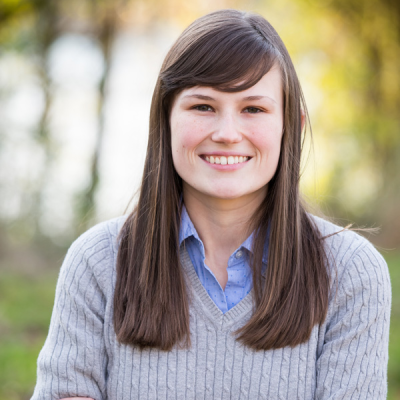 In 2011, Diane Ivey lost her longtime job in the nonprofit sector.

Where many would have seen an obstacle, Diane saw an opportunity to turn something she loved — handcrafted yarns inspired by graffiti art — into a new career. Struck by the lack of diversity in crafting and inspired by calls for change across the globe, her company grew into a platform to support BIPOC businesses and help stir a much bigger movement.

But before she created the engine for change that Lady Dye Yarns is today, before it became her full-time job, Diane laid the foundation through hard work.

She spent five years working part-time as a consultant for various art organizations. In her remaining time, she participated in business accelerator programs to hone her entrepreneurial skills.

Finally, she was ready, and it was time for a website.

She had plenty of website-building options to choose from. But since flexibility and the capability for long-term growth were the most important things to her, she ultimately chose to build her store using WooCommerce and WordPress.

“WordPress is for people who are serious. It’s a serious website for real businesses,” she says. And this was no longer just a hobby for Diane. It was serious business.

Getting started and the birth of ‘craftivism’

”When I started,” says Diane, “I was just dyeing yarn and selling it directly to different yarn stores and whatnot. That was my business model. I used the WordPress app a lot and I still use it a lot on my phone.”

On the advice of her business coach, Diane attended her first trade show in 2014, The National Needle Arts Association trade show where she noticed that, out of 300, she was the only black vendor.

“That show was very, very popular. So I was giddy to just be there, right? I felt like I’d made it. Then someone was like, ‘Diane, I’ve walked all up and down the place and I’m telling you right now, you’re the only black vendor I see.’ And I took a walk and it was true. I said, ‘Well, that’s a problem.’”

She knew then that she had to do something to improve diversity within the crafting community. And it wasn’t long before Diane took action — the start of what she calls, “craftivism.”

After watching a speech by Viola Davis at the Emmys, she was inspired to write a blog post about the lack of diversity in the crafting community.

“I had a lot of people say, ‘Diane, why would you do that when it could hurt your business?’ and I’d just say, ‘I don’t care. The demographics are changing. The industry is shifting. How can you guys not see this?’”

She wasn’t afraid to speak up. She began to post more about the issues facing her community. And then she started to weave this greater purpose directly into her product offerings. And, to many, her company is now most well-known for its collaborations with BIPOC businesses in the crafting industry.

After purchasing a clothing membership, Diane was inspired by the subscription business model.

“I was like, this is so cool…like having my own personal shopper mailing me fancy clothes!” she says. “And I realized that I could do the same thing for the crafting community, by putting together pop-culture-themed crafting collections. Not just my yarn, but specialty and artisanal  items from other BIPOC businesses, as well.”

After finding some like-minded businesses to partner with on her initial project box, Diane shipped her first 73 orders in 2018.

“I thought that was a lot. So I was still selling yarn, but the idea that you can put all these different products together in a kit and people would buy it was still very fresh, and people thought I was crazy!”

“The need for consistency is something that took me a quick minute to recognize. There are other big corporations within our industry that have given us huge yarn orders of $50,000, and that’s an investment. So one, like Knit Stars, worked with us for a solid year. It was repeat orders that allowed me to actually get an office and have employees.

Now we’re able to invest in black and brown businesses. And someone was like, ‘You’re kind of like Robin Hood, because you’re not stealing, but you are taking money from all these other people and you’re giving it to other businesses through these clubs and collaborations.’

So what has set me apart from everybody else is the infrastructure that we’ve already built to create the kind of products, clubs, and collaborations that we have. And now 95% of the clubs and businesses we work with are BIPOC-owned.”

“In the beginning, I had Square but I didn’t use it a lot until I decided to stop using other payment processors.”

When choosing the right payment processor, the final decision came down to which tool worked most seamlessly with WooCommerce. Square was the clear winner for Lady Dye Yarns, not only from an expense standpoint but because of how easy it is to use, both for vendors and customers.

“I think that when products offer tons of unnecessary options, it becomes very confusing,” says Diane, “And with Square, it’s simple and everything works really well together.”

She’s also been able to take advantage of micro loans made possible by Square.

“We’ve received six or seven loans from them, and they’ve all increased. They keep increasing and increasing. And because they recoup it through our store transactions, it makes it easier. And I’ve always met the amount that I need to pay within 60 days. I usually finish within a month.”

For speed and ease of use, Diane’s found that her customers really appreciate Apple Pay — and she does as well.

“It’s absolutely about the speed, and not having to fill in all of your personal information every single time you want to make a purchase.”

It’s easy for her to tell that customers like it.

“Sometimes, there are limited-edition items that sell out quickly, often within five minutes. With Apple Pay, it’s a single tap and that’s all…purchase complete. Thanks to Apple Pay, when we put out a new box…boom, not even a minute later, completed orders start rolling in.”

At Lady Dye Yarns, WooCommerce is the heartbeat of the business.

In fact, it’s become such an integral part that every time Diane considers using new software, her first question is always, Does it integrate with WooCommerce?

“I love it. I mean, I really do. I love the analytics of things because as someone who owns my own small business, I’m always looking at numbers now. I can do this easily and understand what I’m reading with WooCommerce.”

In 2019, just a couple of days after the start of the year, a flood of people began to follow her on Instagram.

“I was like, ‘This is weird. What’s going on?’” It was the tipping point for social justice and people were taking notice of her work.

“Everyone was like, ‘You need to follow Diane from Lady Dye Yarns. She was one of the first people to talk about the lack of diversity.’”

She now has more than 20,000 followers — a substantial number — particularly within the crafting community.

In 2020, Lady Dye Yarns became a leader in content collaborations and now does as many as 3-4 each month. Instagram has become a platform where Diane can speak about diversity while growing her business and supporting other BIPOC artists, creators, and companies.

When Diane told Isaac, her contracted developer, that she needed a better solution for email, he suggested Klaviyo.

“He really loves WooCommerce and works with so many clients that use WooCommerce. That’s why I chose him — not many people within the crafting community know WordPress well enough to work with it. He was able to integrate everything with Klaviyo. And so when we send an email, we can see all of the orders that result.”

And now email has become a huge driver of sales for Lady Dye Yarns. “I don’t know about other industries,” Diane says, “maybe they hate getting emails and newsletters. But we see it as an alternative to a Facebook group. The discussion about diversity and inclusion comes with a level of toxicity on social media. But we can’t go back to knitting; we have to talk about these issues.”

Diane has found newsletters to be a successful way to start a discussion. And people are listening. “Klaviyo does a really good way of showing you how many people click on it. About 50% of people click on our newsletter.”

“Yeah, 50% click on it every single time. And we get a couple thousand in sales each time, too.”

Craftivism and the future

“A lot of business owners become so focused on what’s happening in their business (as well as in the world) right now, that they forget to ask themselves, ‘What is the market going to look like 5, 10, even 20 years from now?’

And how can we begin to effect change now, to make that future look the way we want it to look?

It’s a lot of planning, but it’s also a little luck, the willingness to take a few risks, and seizing the moment at the right time.”

By making it easier for customers to find and support BIPOC businesses, teaching and mentoring BIPOC entrepreneurs, and helping them shape their future with her knowledge and experience, Diane and her team at Lady Dye Yarns are not only offering a unique and high-quality product but are helping create a more diverse future for us all.